I owned the house at 405 E. 10th St. (bottom photo) for seven years, but I never had any idea that the three small cottages around the corner from my house had any connection to it. The women who did the historical research for this year's Preservation Georgetown Home Tour discovered that these three cottages were built in 1929 by the owner of my former house (Mrs. Lee A. Hall) to serve as rental income. In the early days, the cottages were most likely rented by students attending Southwestern University. The cottage on the right is among the houses featured on this year's home tour. The current owner has done a wonderful job restoring the old cottage, and it is now available for rent on Air B&B. The tiny back  yard is particularly delightful.

Home tour researchers also discovered many other details about Mrs. Hall. She was born Martha Lee Armstrong in Taylor in 1885. In 1911, she married John Temple Hall, who was a carpenter. Her only child, Mabel Lee, was born in 1914, and her husband died in 1919.

Mrs. Hall never remarried. She worked as a bookkeeper at First National Bank (which now houses the Williamson Museum), and eventually rose to become vice president of the bank -- quite an accomplishment for a woman in those days! Mrs. Hall lived in the house at 405 E. 10th St. until her death in February 1958. In 1957, she was named Georgetown's Businesswoman of the Year, when she was 72. She was a lifelong member of First Methodist Church in Georgetown.

Mabel Lee Hall attended Southwestern and then The University of Texas, and ended up marrying a physicist she met at UT. During WWII, Mabel worked in the office of the British Information Service at Rockefeller Center in New York City. 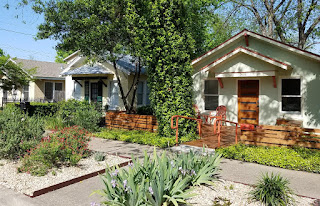 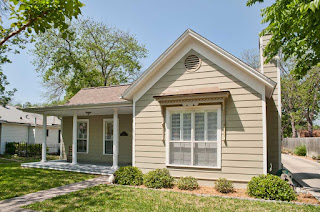