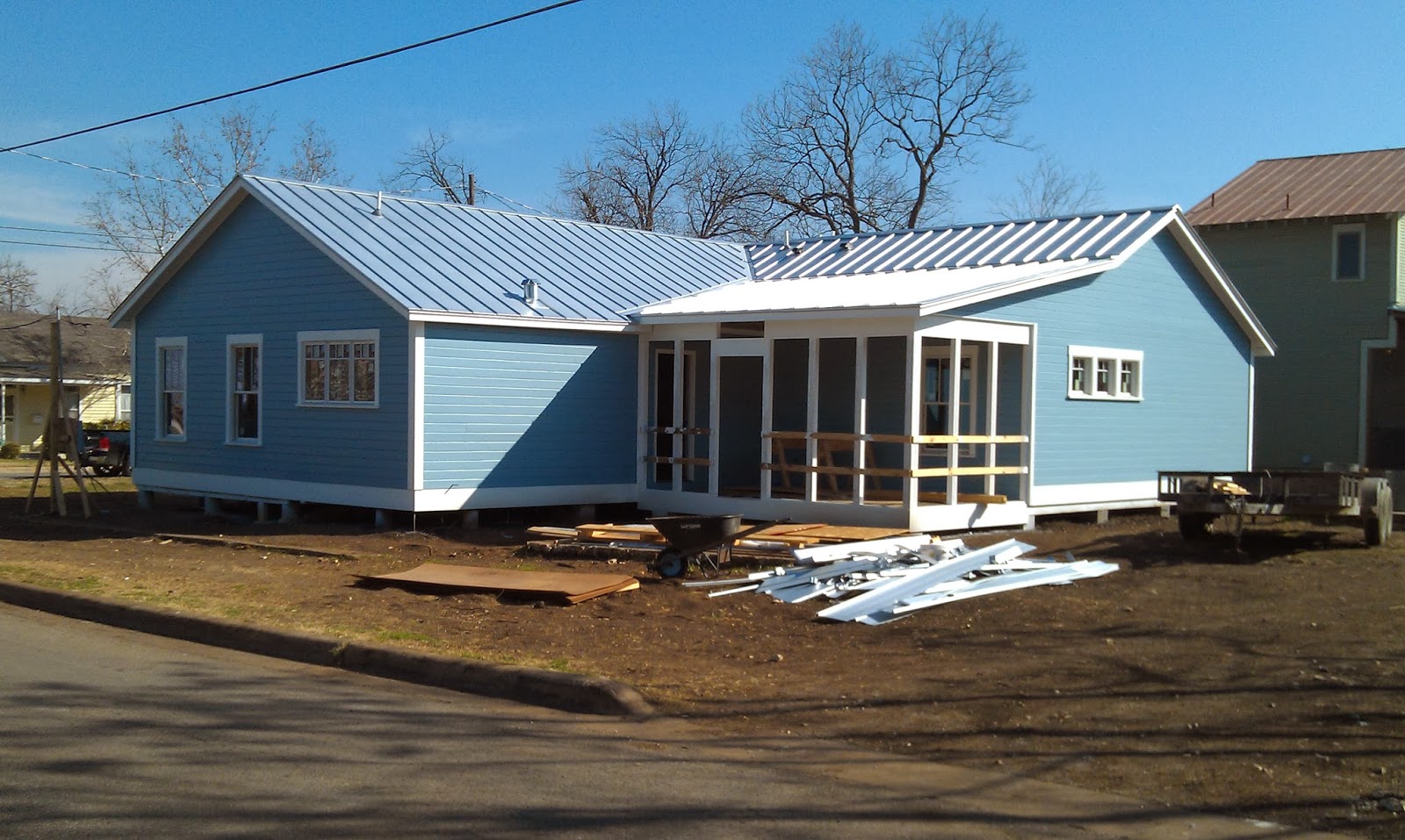 The same thing is happening to this house at the corner of Myrtle and 5th Streets that we are seeing happen to a lot of other small houses in Old Town: People are buying them and putting on major additions. 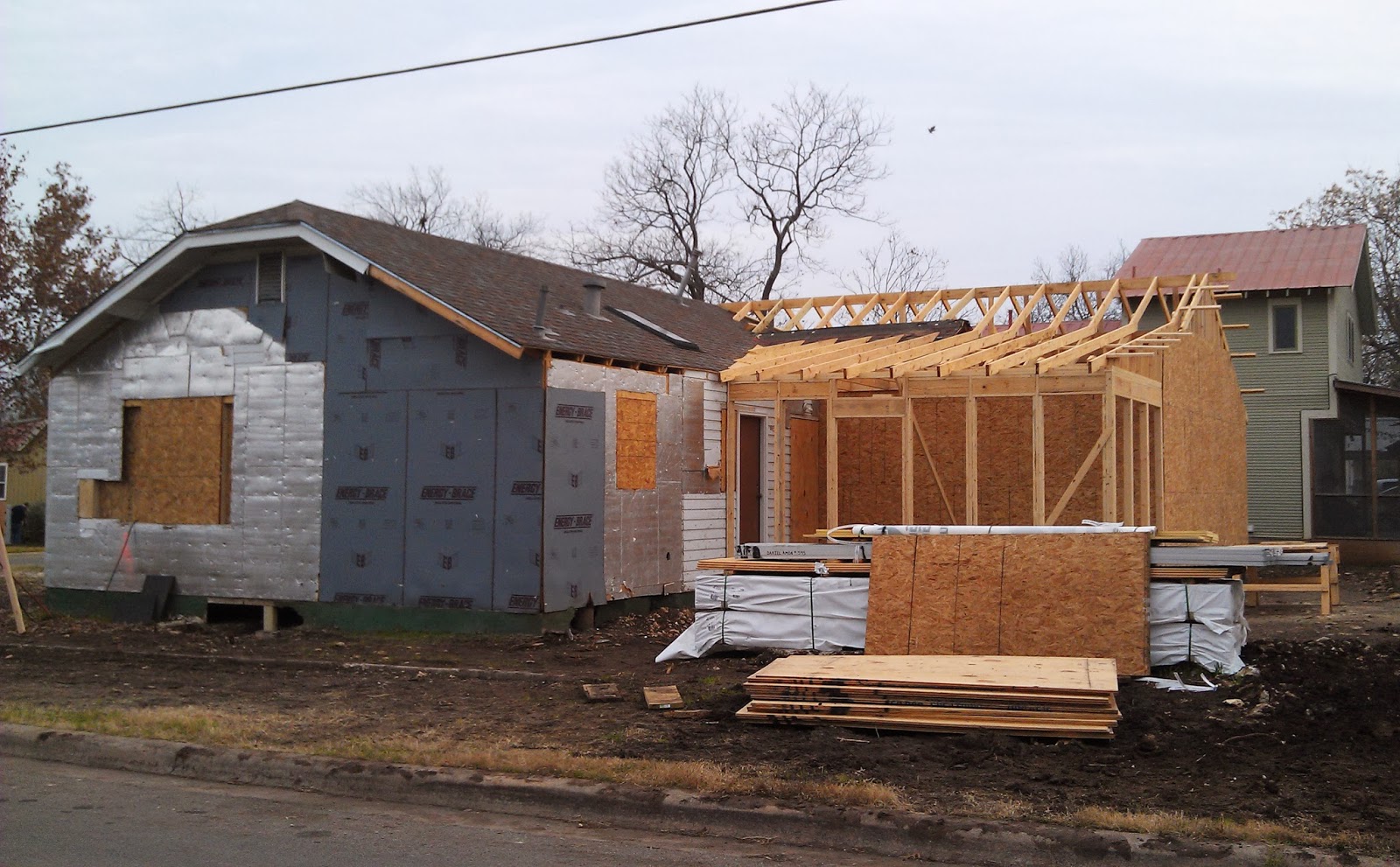 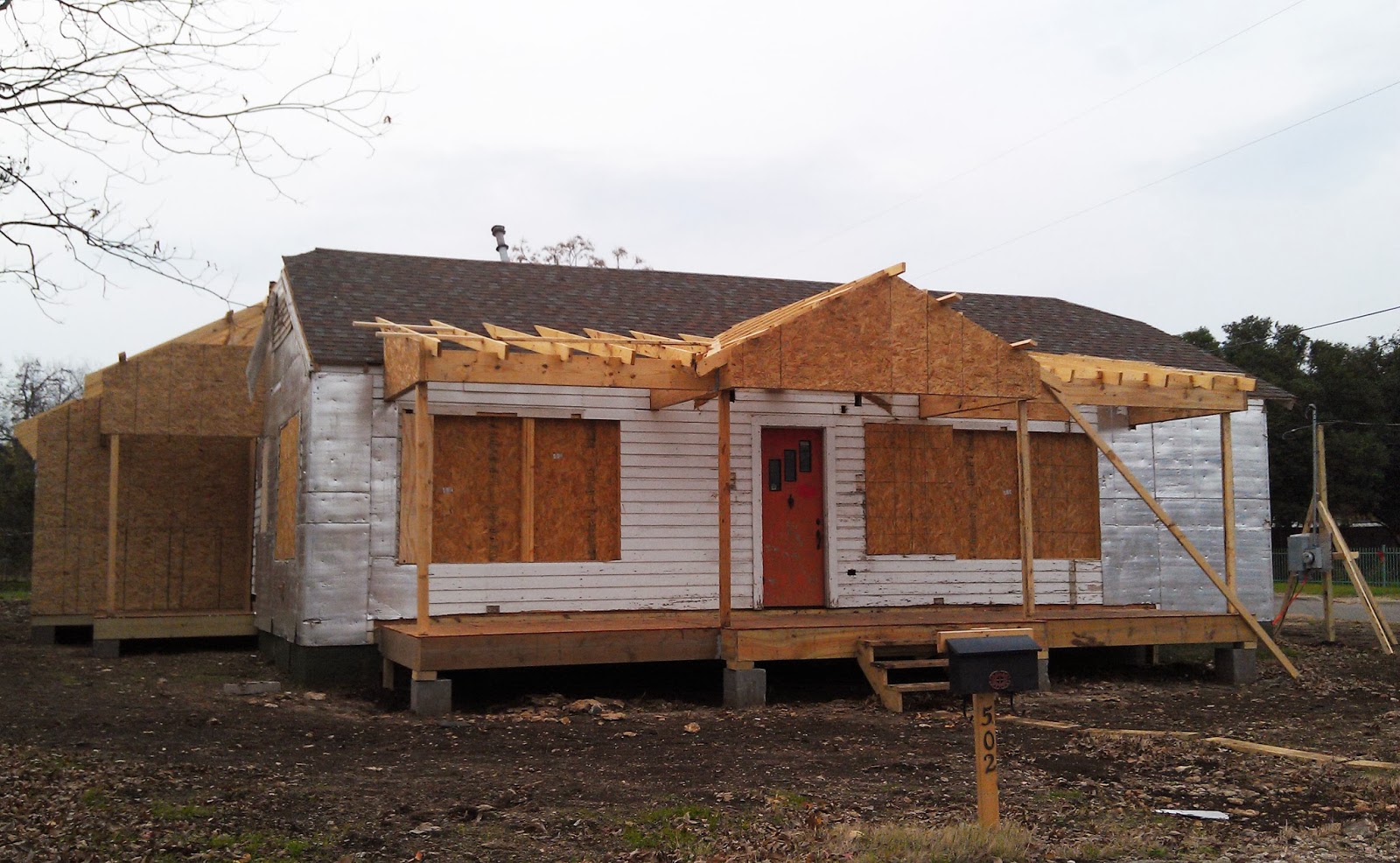 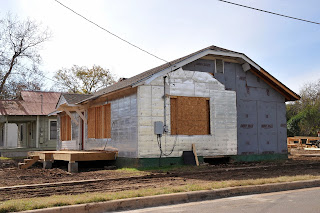 This former commercial building-turned residence at 120 East 8th St. was the highlight of the Georgetown Heritage Society's 2013 home tour for me. I have been wanting to see it for years, and finally got the chance. It was well worth the 15-minute wait in near-freezing temperatures. What architect Tom Nichols has done inside the house is truly amazing. Even though the house only has about 800 square feet of living space, they have managed to pack in an entry room, a living room, a dining area a kitchen, a bedroom, an office and an amazing bathroom. 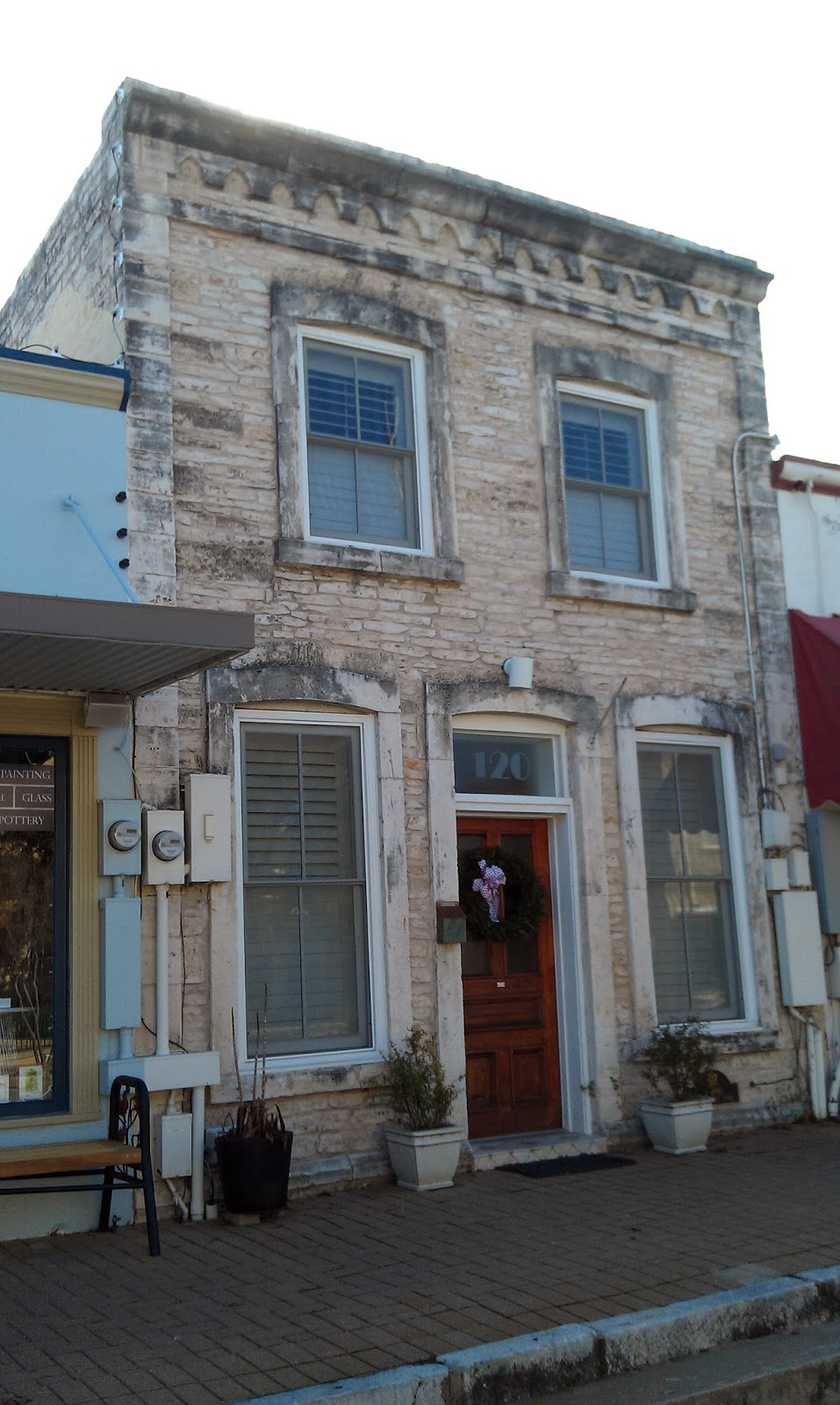 After Vaden died, Kate (Lockett) Vaden rented out one of the rooms in the house. Among the people who lived in this room was Iola Bowden, a very famous Southwestern professor in her own right. Bowden taught piano lessons to the young Ellsworth Peterson, who went on to become a distinguished music professor at Southwestern. Peterson himself lived in this house for six years before purchasing the house across University Avenue.

This is one of the houses in Georgetown that was built by Charles Belford. It is currently occupied by a business, but they plan to sell it soon because they have outgrown the space. So if anyone is looking for an unusual Victorian house, look for this to go on the market in 2014. 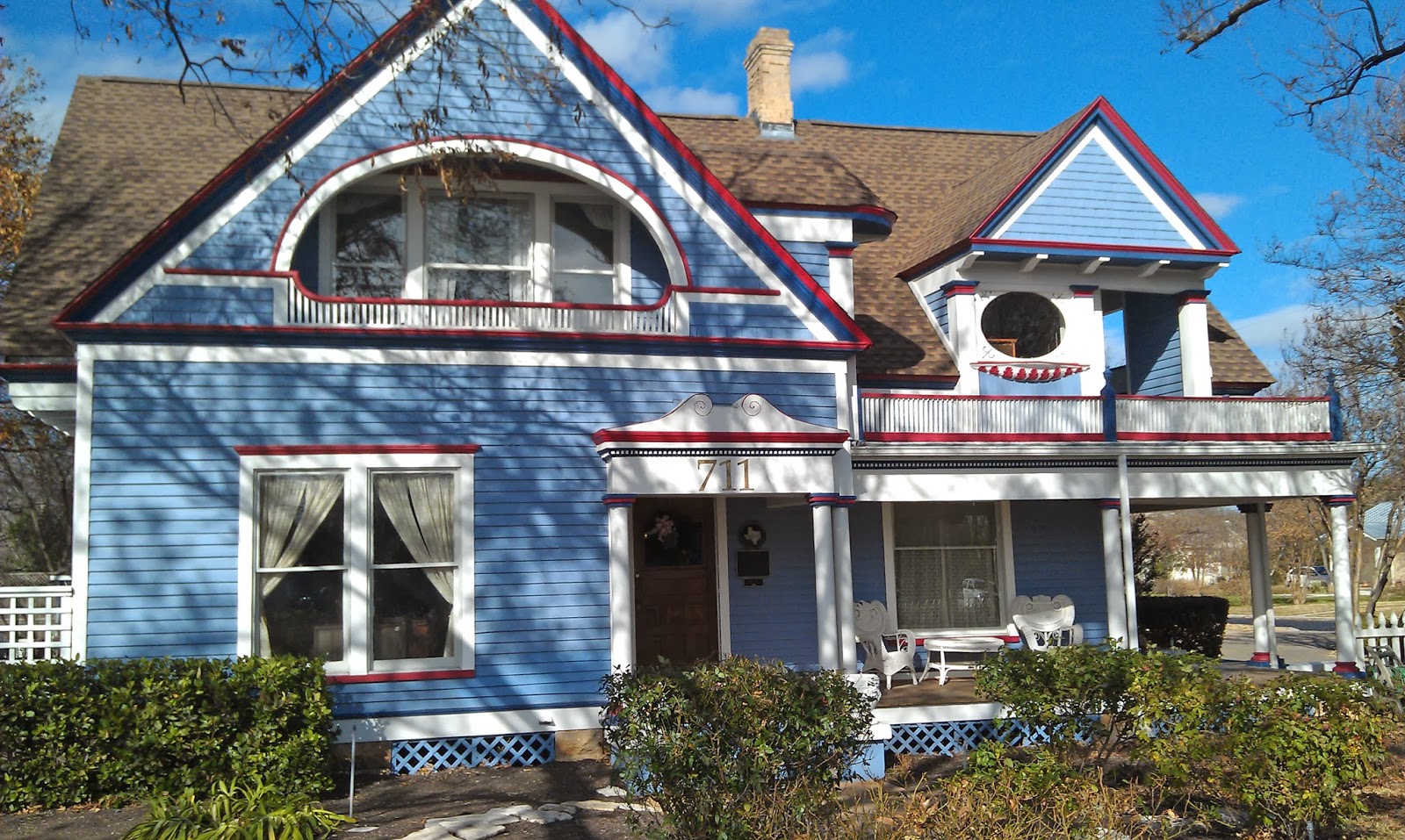 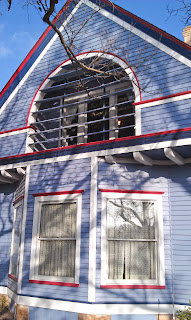